Logan Dodds wears a few hats a photographer, film-maker, social media influencer, motivational speaker and a former plumber but today at the MATES office, he was just your average bloke who dropped in to have a chat about the mental health of the people in our industry.

With a solid 10 year background in the construction industry, Logan spent most of it laying pipes for residential builds across New Zealand. During that time, he experienced the stresses of the industry, long working hours, a culture of not allowing discussion of problems, bullying behaviours and financial pressures. Now with the time he has out of the industry, he speaks to schools as Trade Collective together with his mate Jesse James, raising the profile of the trade industry and encouraging the next generation of would-be tradies.

We are now in June and Men’s Health Month, a time to recognise and raise awareness of preventable health problems both physical and mental. So it was awesome to hear that Logan has chosen to represent MATES in Construction as his charity of his choice when he takes on his first amateur fight at SkyCity Entertainment Group in late July with P3 Promotions Ltd.

During the time leading up to the fight, Logan will be spending time with MATES, to learn more about the program on site and help make asking the question “Hey, are you OK?” much easier to say. We want to extend our thanks to mates like Logan, without his and others support from within and outside of industry, MATES in Construction NZ couldn’t do what we do. 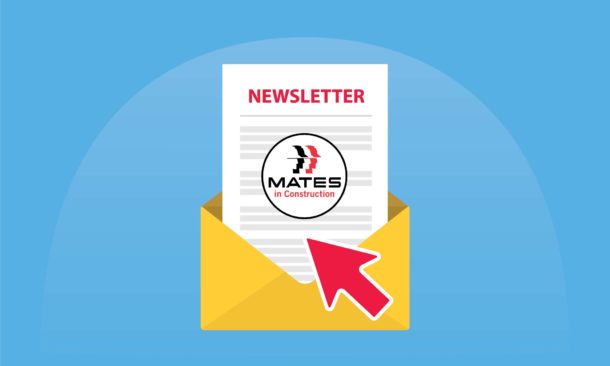 Thank you - you are now subscribed.

Thank you – you are now subscribed.